Nemaha County Leadership program participants who work or live in Nemaha County. These dedicated students meet the second Thursday of the month from 8:30-4:00pm. Each month they learn about a dierent subject and how that correlates to Nemaha County. Those topics are: Leadership, Team Building, Agriculture, Business, Industry, Economic Development, Healthcare, Education, Local Government, Energy, State Government and Tourism.

Each class is required to do a class project. They have to come up with the idea, fundraise, get all the appropriate permission and permits and implement their project.

The first Nemaha County Leadership class first convened in 2013 with a project goal that became the Ariens Disc Golf Course. The class proposed and researched the idea – and then a class member and his brother designed the course. The class worked hand-in-hand with Ariens Company to create the baskets and posts used on the course. Pieter’s Construction donated the material and labor to put in the concrete pads, and Merz Ink made the signage. The course is on property jointly owned by the City of Auburn, Auburn Public Schools, and Nemaha County Hospital. This was truly a community project, and the opening was celebrated with a ribbon-cutting and cookout at the disc golf course. The course gets used by individuals, APS physical education classes and organized tournaments. 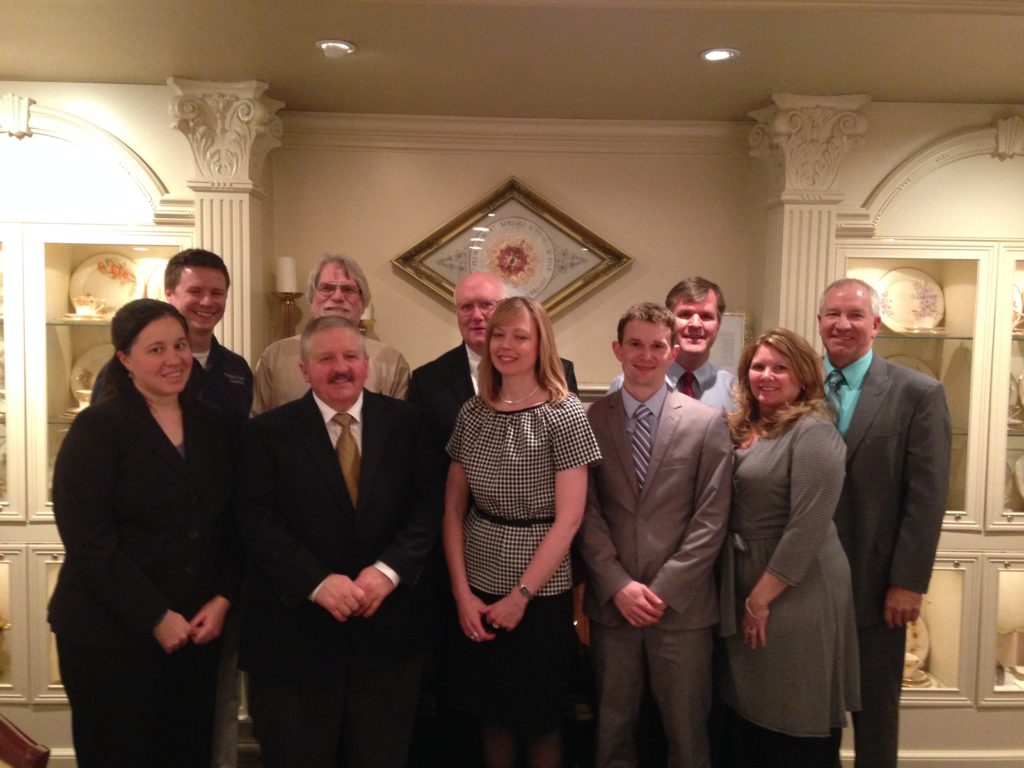 This class identified a need for a sand volleyball court at the Auburn City Recreation Complex and decided there was enough space to install two. These projects cannot happen without the great support of the community and local businesses for their sponsorships. The sand volleyball courts are now part of the adult city rec program, which sponsors annual summer volleyball leagues. Auburn Public Schools athletic teams also use them to practice during the summer.

Photo: This photo shows the collaboration of Nemaha County Leadership and Leadership Nebraska City on State Government Day. The groups come together to tour the capital, visit the governor’s mansion, listen in to legislative sessions and meet elected officials. Those in the Nemaha County Leadership Class are Tasa Armknecht, Ben Hall, Jennifer Hawley, Stacy Taylor, Tami Wellman, and Blake Zinn. 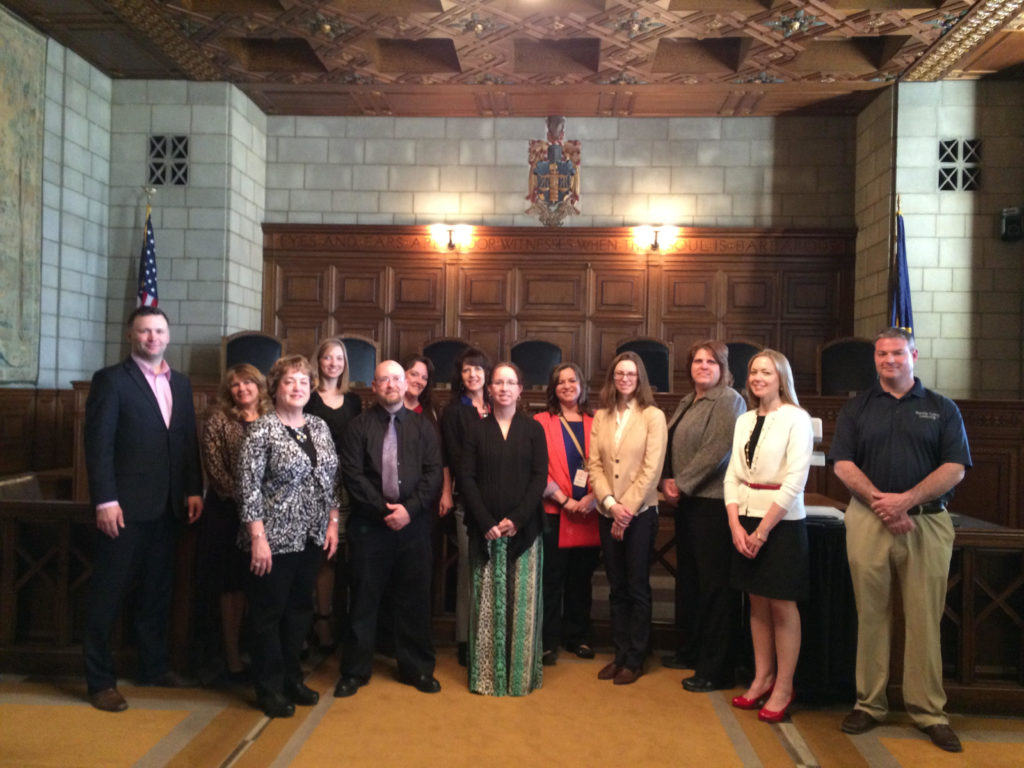 The third Nemaha County Leadership Class was a dynamic group of young women. They saw the need to gather young community members and professionals. Their class project focused on creating a young professionals group called Nemaha Envisions Tomorrow (NET). They hosted events geared towards bringing young professionals together for networking and connecting. The fourth Nemaha County Leadership Class was comprised of active young community leaders. All are involved in the community and spend a lot of time at the Auburn Recreation Complex. They decided to add something to the complex and raised funds to install a fitness station. They organized the first annual Trivia Night, an annual event that has continued since, to help raise funds for their project. The fifth NCL class wanted to do something unique and were interested in empowering Nemaha County’s next generation. This class had two projects. The first had them teaming up with Launch Leadership, a non-profit group in Lincoln with a mission to empower young leaders, to hold a youth leadership day camp. Middle and high school students from Auburn Public Schools and Johnson-Brock Schools were invited to participate. The camp was held at the Nemaha County Hospital and was offered free of charge. The second project was to address the needs of youth. The Bulldog Market and the Eagle Market were opened at the two schools in Nemaha County. They worked with the Neighborhood Closet and members of the community to collect personal hygiene, cleaning supplies, laundry supplies and clothing for students who needed these items. The markets are still open and continue to serve students.

The class organized a “Holiday Shuffle 5K” and continued the Trivia Night tradition combined with a silent auction to raise funds to support efforts. Class #6: Honeybees in the Heartland

The sixth NCL class had a lot of different project ideas but settled on a county-wide public art project to beautify our area. This was a massive project that required a tremendous amount of support from the community.

The honeybee was chosen as a county-wide symbol around which to center the project because of our agricultural industry dependence on pollinators like the honeybee. The honeybee is also Nebraska’s state insect – which came to be in 1975 when Mrs. Louise Howe (Julian, Nebraska) and her Calvert Elementary third grade class were studying Nebraska history and realized the state didn’t have an official insect. The sixth Nemaha County Leadership class was proud to celebrate Mrs. Howe and her class’s legacy by revealing 26 “Honeybees in the Heartland” in July 2019. They kicked off the debut with a huge gathering and unveiling. Businesses and organizations sponsored an artist and were able to choose the final home of their honeybee. Today, all 26 honeybees, painted by local and regional artists, can be seen throughout the county. Maps of locations are available at businesses in the county. 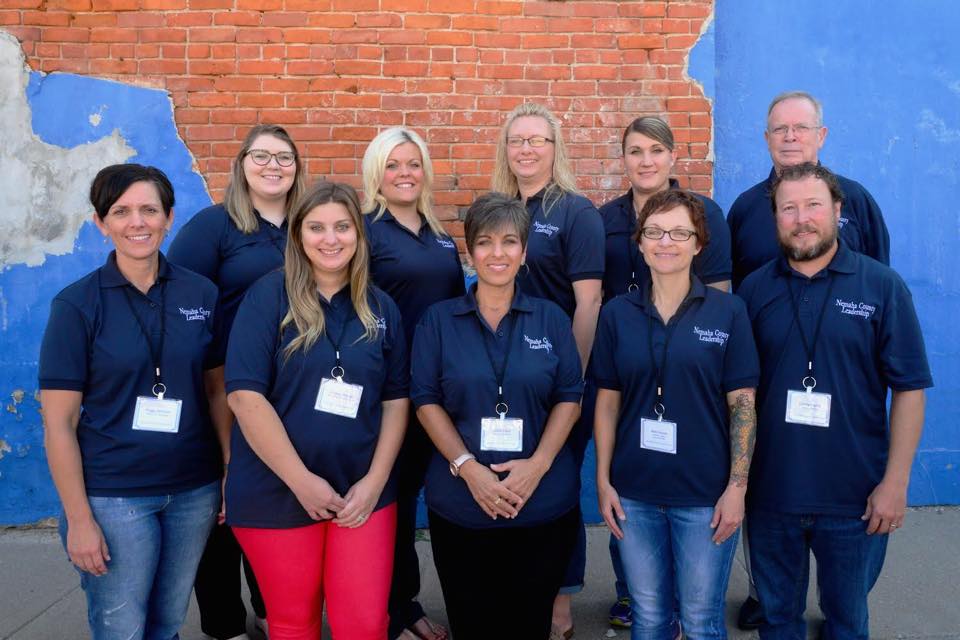